“In all things, we are more than conquerors through him who loved us.” Romans 8:37

Romans 8:37 tells us that “in all things, we are more than conquerors through him who loved us. For I am convinced that neither death nor life, neither angels nor demons, neither the present nor the future, nor any powers, neither height nor depth, nor anything else in creation, will be able to separate us from the love of God that is in Jesus our Lord.” John Gill’s Exposition of the Bible tells us that not only do we have victory over sin and Satan, but over the world, afflictions, and persecutions in it. But not only overcome, but better off and stronger for it!

Want to live in victory? Then it’s time to start thinking about what you’re thinking about! Your mind is one of the most powerful and creative tools that God has given you to shape your reality, influence your life and make you more than a conqueror.

Increased and improved health, happiness, plenty, provision, favor and victory are only a thought away. Literally!

And no, this is not some new age philosophy trying to creep into the Church. It is right there in Scripture. Yet most believers simply allow their thoughts to happen, rarely paying attention to what they are thinking about, let alone taking authority over their thought lives and bringing them into alignment with truth as 2 Corinthians 10:5 tells us to do.

First, let’s look at some other popular Bible translations of Romans 8:37:

The Meaning of “More Than Conquers”

Not only are we conquerers with victory over sin and Satan but over the world – over afflications, persecutions, and trials. We are “more” because we can glory IN the struggles and persecutions because our faith and joy can increase as a result! By the blood of Jesus Christ we already have the victory, but we experirence even more victory when God uses our hardships to turn it around for His good.

Matthew Henry’s Commentary on Romans 8:37 tells us “It is only through Christ that loved us, the merit of his death taking the sting out of all these troubles, the Spirit of his grace strengthening us, and enabling us to bear them with holy courage and constancy, and coming in with special comforts and supports. Thus we are conquerors, not in our own strength, but in the grace that is in Christ Jesus. We are conquerors by virtue of our interest in Christ’s victory. He hath overcome the world for us (Jn. 16:33 ), both the good things and the evil things of it; so that we have nothing to do but to pursue the victory, and to divide the spoil, and so are more than conquerors.”

Here are five ways you can begin to tap into the supernatural power of your mind to live like a conquerer in the abundance of life that Christ the ultimate Conqueror has made available to you (see John 10:10): 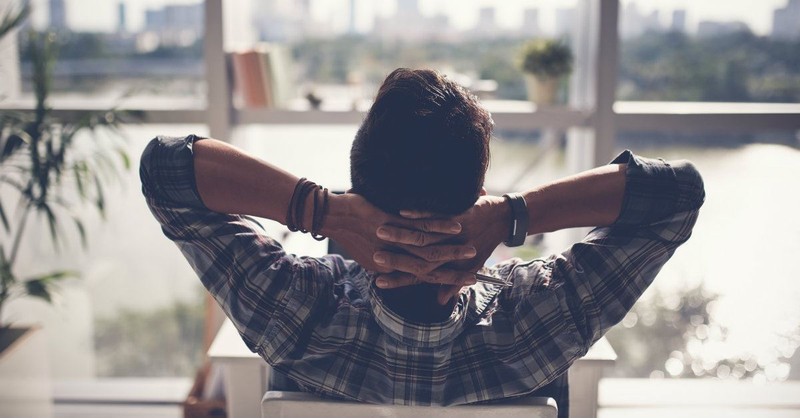 As my dear friend and mentor Patricia King always says, “Whatever we focus on, we empower.” If we focus on negative things, we empower negativity in our lives.

If we focus on selfish and carnal things, we empower our fallen nature. If we murmur, complain and focus on how unfair everything seems to be in a difficult situation, we are not helping resolve the issue. Instead, we’re actually empowering more frustration, anger, bitterness, disappointment and injustice in our lives.

If we choose to focus on the positive of Kingdom truth, however, then we empower the love, light and life of Jesus to fill us and flow through us. The apostle Paul put it this way when mentoring believers in Philippi:

What’s incredible is that Paul wrote this from prison. He was locked up in awful conditions, not sure if he would live or die. Yet he wrote again and again about things like joy, rejoicing, eager expectation, the privilege of walking with Christ, hope, confidence and peace.

Near the end of his letter, he shared how this is all possible—by choosing what we focus on. By deciding what we think about. By filling our mind with thoughts that are “true…honest…pure…lovely…good.” 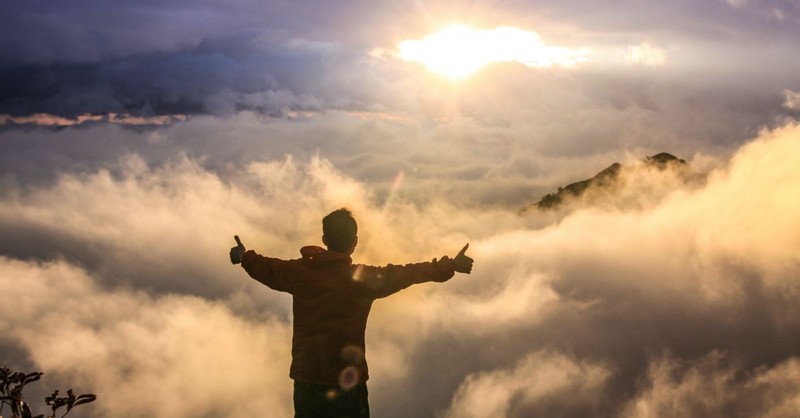 Let’s look at another passage from one of Paul’s letters written while he was a prisoner in that Roman jail. In his epistle to the Colossians, Paul again talks about the importance of what we allow our mind be filled with:

Since you have been raised to new life with Christ, set your sights on the realities of heaven, where Christ sits in the place of honor at God’s right hand. Think about the things of heaven, not the things of earth (Colossians 3:1–2 NLT).

It all begins with focusing on and agreeing with the truth that we have been raised up by Christ into a new life. We are new creations in Christ, and the old things have passed away, including the old ways of thinking (see 2 Corinthians 5:17).

We are not to dwell on the things of this fallen world anymore. We are not to allow our mind to be mired in fear, doubt, frustration, anger, lack, depression, self-pity, anxiety, worry or anything else that does not line up with the truth that Jesus has fully restored us to relationship with our heavenly Father and His Kingdom (see 2 Corinthians 5:18).

The more we allow our minds and our thoughts to be filled with these truths, the more we will see them made manifest in our lives. 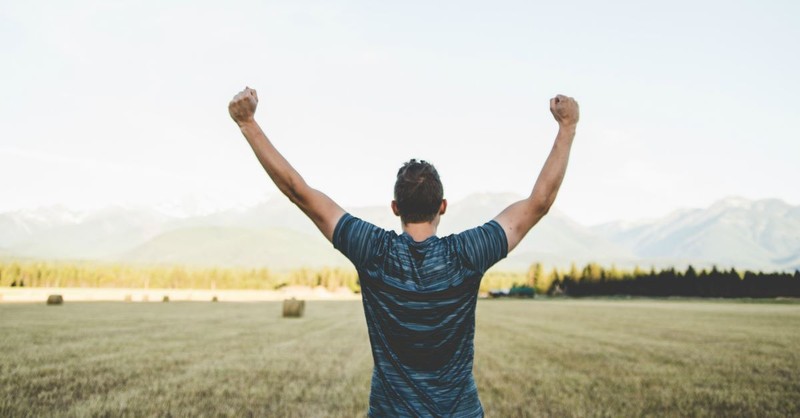 In the midst of challenges, stop allowing your mind to be sidetracked with victim thoughts like, I’m under attack! Instead, try thinking victorious thoughts like, God, thank You that in every battle there is an opportunity to take territory!

My 1996 New Living Translation of the Bible says in 1 Peter 5:8 that the devil is “looking for some victim to devour.” This is my favorite translation of this Scripture, because it makes it clear that it is victims the enemy devours.

It is not that if the enemy attacks us, then we are victims. It is that he is seeking people who will take on the role of a victim when he attacks, so that he can then devour them.

The devil’s only chance to devour believers is if we stop believing—laying down the truth that we have the victory in Christ, and taking up the lie that we are victims because the devil has attacked us.

If we think of ourselves as victims, we become victims and give the devil opportunity to devour us. Not because he is so mighty, but because we have chosen to lay down our power by exchanging our overcomer’s identity in Christ for a victim identity in our current circumstances.

Instead, if we choose to fill our minds with the truth that we are victorious in Christ, who has done all and won all, we will see that victory made manifest. 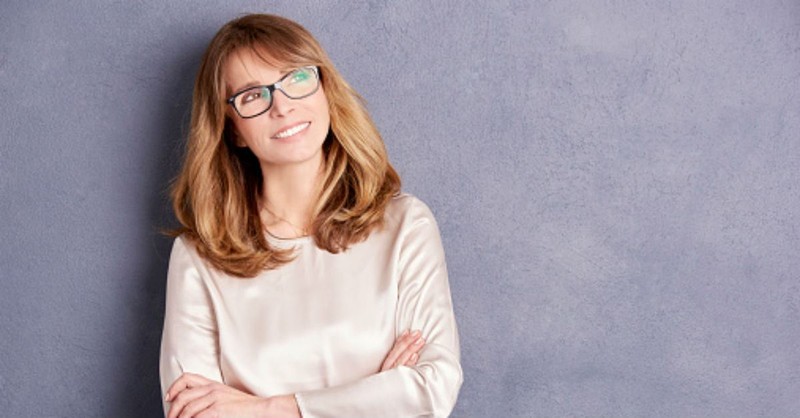 4. Make up Your Mind

Daniel is one of the great champions of the Old Testament. He was besieged, captured, trafficked, persecuted, attacked, thrown to the lions, mocked and more. Yet despite being victimized in a variety of ways, Daniel refused to be a victim. We see one of the keys to this in Daniel 1:8 (NASB): “Daniel made up his mind not to defile himself.”

It is right there: Daniel made up his mind.

He made up his mind not to be a prisoner of bitterness and offense.

He made up his mind to have faith in God, no matter what.

The way Daniel chose to think about the situations he found himself in made all the difference in his life. Instead of being a victim, he was a victor. Instead of suffering all his days, he actually prospered and succeeded.

He faced many challenges and difficulties, but by always trusting in the goodness of God and the truth of His Word, Daniel saw the blessing, provision and protection of the Lord all of his days. 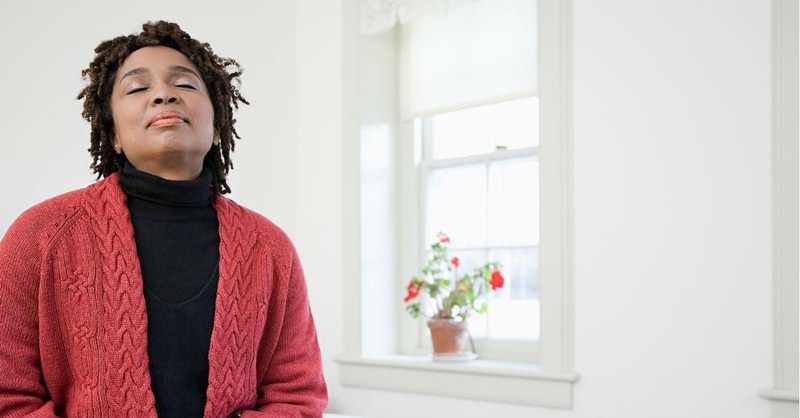 5. Allow the Holy Spirit to “Renovate” Your Mind

I hope you are catching the revelation of the power of your mind. You might also be realizing all the times you have let your mind be filled with wrong thoughts, negative thoughts, and self-defeating thoughts.

Or maybe it is dawning on you that when you have gone through challenging times, your response has too often been to murmur and complain, as opposed to finding something eternally true to focus on.

Here is the good news: That can all change today. It can change right now.

Lamentations 3:22–23 promises that the Lord’s mercies are there for you each and every day. He does not hold one wrong thought against you. He is thrilled that you are coming to understand the power of your mind. And He is right there with you, to help you start afresh.

If God is helping you see a pattern of wrong thoughts in your past, it is not because He is mad at you or disappointed in you. No. It is because He loves you and wants to help you inhabit more

completely the fullness of what He has given you. He wants to empower you to walk in a greater measure of the dominion authority that you have in Him.

Or to put it really simply, He wants you t­­o realize that when you change your mind, you change your reality. The apostle Paul said it is so well in Romans 12:2 (NASB): “And do not be conformed to this world, but be transformed by the renewing of your mind.”

In the Greek, that word renewing can also be translated as “renovation.” What Paul is letting us know is that a key to being more than conquerors, and living in the fullness of Christ, is for us not to think like the world thinks. Instead, we are to allow the Holy Spirit to help us overhaul our minds so we think about things from a Kingdom perspective.

If you catch yourself having a negative perspective on things, remember that you are undergoing a “mental renovation.” Ask the Holy Spirit to help you catch yourself in wrong thoughts so you can take them captive, cast them down and replace them with victorious Kingdom thoughts. 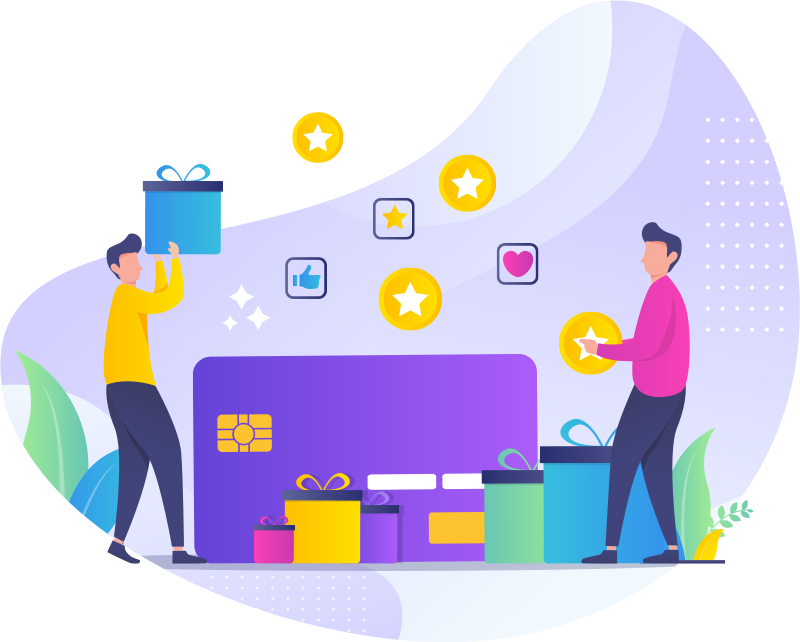